Them & Us - reworked from the ground up 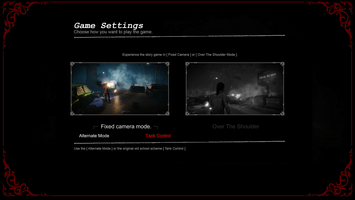 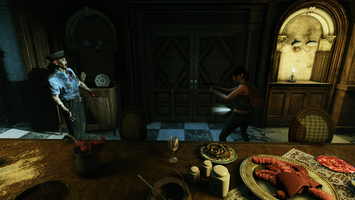 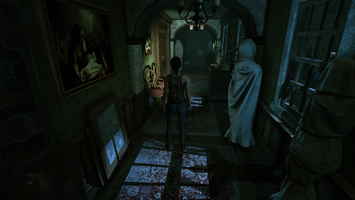 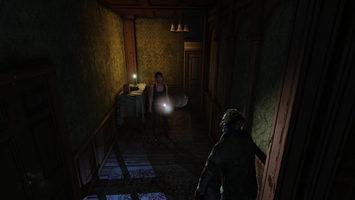 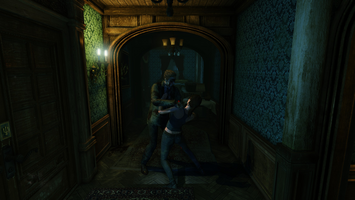 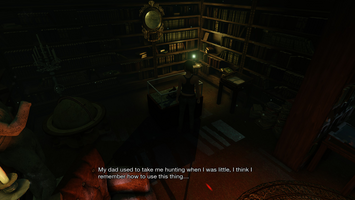 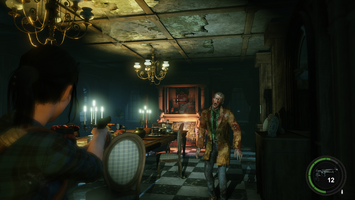 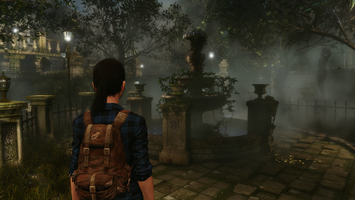 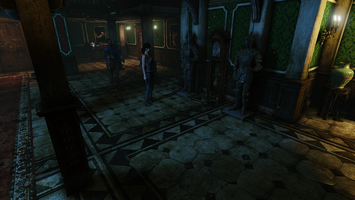 (We want to keep Itch.io community updated about what is going on recently)

We apologize for the delay, but we put a lot of work into adding several new features and enhancing the gameplay experience overall. What we released so far in previous releases was more of a build showcasing what our team can do, encouraged by your support. Despite everything, we are happy to know the game still had a positive review.

We know we should have not released the game in that current state, but without your help and support this project could have not existed.

This game has been completely reworked from the ground up since our last build, 0.2.0. We hope that now you can enjoy the improved game and story experience, and come back craving more.
Updates:

2. We included both Over The Shoulder and Fixed Camera Angles as we mentioned in the Steam Greenlight, as well an Easter egg that will take you back to your childhood with retro 90’s gameplay. This Easter egg can be activated or deactivated at any time by visiting the old TV inside one of the rooms.
Warning: For a more immersive game experience we suggest everyone play in the Fixed Camera Mode First!

3. New game mechanics such as, in fixed camera mode, Alicia can turn her head and look directly at objects. There are also blinking items for important notifications, with a disabled autosave feature. In over the shoulder, buttons appear on screen. Life is displayed in the HUD, autosave is enabled, and so on.

4. We changed and improved all the enemy’s behaviors, movements, and animations to make combat more intense. We added also some new enemy.

Warning: The game mechanics and AI have been built to work well with fixed camera mode. Enemy may look week on normal in OTS mode for some people, but are extremely deadly on Professional mode.

5. We added cinematics, including an opening intro and in-game cameras.
6. We added a whole new area with many rooms to explore. This alone took a few months of level design.
7. We added several new puzzles, and some unique elements that perhaps you’ve never seen before, only works on steam.
8. Inventory and HUD has been completely redesigned.

9. We had to remove the cemetery map since the action takes place later on in the game. However, we will still include this part as a demo so anyone can play it. [it was always supposed to be a demo.]

10. There are several new animations.

11. We added over 15 new tracks of music and ambiance.

13. Last but not least we added 2 new writers to our team, and we are currently auditioning voice over talent as well. With enough support we will look into game localization next, translating the game in different languages.

Please note that the current 0.3.0 release will be more polished, updating everything we think still needs more work. You might be wondering why we didn’t include a map of the place… That is because we are still working on it. We will also be diligently reviewing your comments regarding gameplay and ways to improve the game further, as we want to provide the best product possible for our players.

Thank you for your patience and continued support, and have fun. We hope we have made it worth the wait. Feedback is encouraged and appreciated!

DISCOUNT NOTICE: Because we worked so hard on this update, we want to encourage more players to try out our new and improved game, and thus will be offering a special 25% off steam sale for the next two weeks. This is a limited time sale, so get your discounted copy of THEM & US now, before we will have to raise the price!